Gary Vee Crushing It After 40–You Can Too! 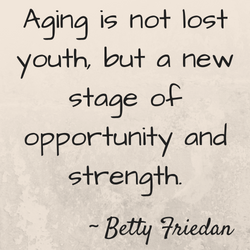 Starting an online business and becoming an entrepreneur is for 20 and 30 year olds, right?  Wrong!  It doesn’t matter if you’re 40 or 70, you have something that those young adults don’t have–experience!

Don’t sell yourself short and think that you’re too old to become an online entrepreneur. See Gary Vee crushing it after 40 and listen to him in the video below tell you how the attributes you have acquired through the years give you a leg up on the competition–as long as you’re willing to learn!

Who Is Gary Vee?

Gary Vee is a successful entrepreneur and motivational speaker whose real name is Gary Vaynerchuk. His parents immigrated from Russia in 1978 to Queens, New York, and lived in a studio apartment while his dad found work in a liquor store. Eventually, they moved to New Jersey and his family opened up their own liquor store.

Gary was ambitious even as a young child, making thousands of dollars trading baseball cards by the time he was 14. After joining his family’s business at a young age and learning the ropes, he took it over after college. He renamed it The Wine Library, and within 7 years, he turned the business from a $3 million company into a $60 million company.

Gary has gone on to found other companies, written books, and produced motivational videos that have inspired hundreds of thousands of people to make their own dreams of becoming entrepreneurs a reality.

Can I Start My Own Online Business At My Age? Yes!

Gary Vee knows as much about starting an online business as anybody alive today. So when he says that becoming an online entrepreneur is not just for the 20-year-olds out there, you can believe him!

So whether you want to work from home, retire early, or just make some substantial passive income, you shouldn’t let any doubt about how old you are stand in your way.

I Became A Successful Entrepreneur In My Fifties

Age didn’t stop me from my dream of starting my online marketing business, quitting my job, and retiring early. Commit to your dream and to learning everything you can from a quality, legitimate program, and it will become a reality!

What are your thoughts? Have you ever let your age stop you from achieving a dream? Let us know in the comments below!

I'm Janelle, a wife, a mother, and a grandmother of 5 angels (most of the time)! I started BuildYourEarlyRetirement.com as a way to show how anyone can become financially independent and retire early. As I build out this site, I hope you'll comment and share your experiences as well. Good luck in all your endeavors, and may your success start now!