Can you make $1000 in the first 24 hours with Millionaire BizPro? The program claims you can and that they can prove it!

I’ve looked it over, and from what I see, there’s a lot you need to know before deciding to believe the hype and open up your wallet. You can see all the details in my full Millionaire BizPro review below and decide if you agree that this one is another thumbs down.

What Is Millionaire BizPro?

Millionaire BizPro is a program designed to make money online created by a man named Derek Maxwell. It can be accessed at MillionaireBizPro.com and sells for $47.

I watched the sales video in order to determine what this system is, but there isn’t much information. I’m going to show you a few shots of the sales video which will give you the gist of what it’s about:

Derek Maxwell tells you that he only wants 45 exclusive people for this program, and you’re not supposed to tell anyone about it. Also, the website will be taken down at midnight on the date in the video.

These kinds of statements always set off warning bells. This video can be seen by anyone going to the website, there’s no private invitation. As far as the video going down at midnight, that doesn’t happen, they just keep changing the date to the current day every day.

You’re shown some testimonials from people who say they’ve gotten checks for over $1000. Then Maxwell shows a bank account of his that has over $3 million dollars and a PayPal account that has $192,159 “just sitting in PayPal” 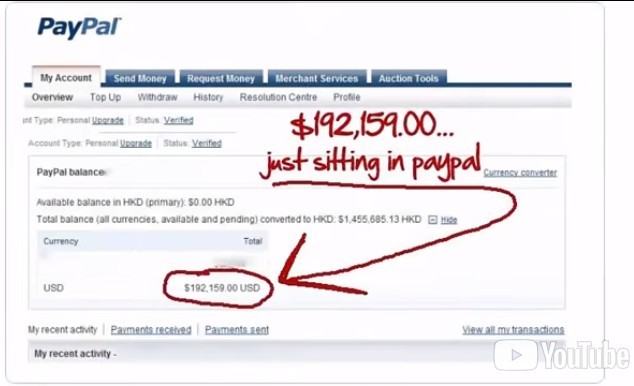 He talks about paying people who’ve watched the video and shows what are supposed to be payments that he’s made to 11 people totaling over $67,000. It doesn’t make a lot of sense when trying to figure out what exactly his program is, especially when he talks about you being on his payroll.

This kind of marketing is what you see with low quality and scam programs. If you had a system that you knew could legitimately make people $1000 a day, would you be trying to market it this way? I doubt it.

Bonafide programs that have real value in their features know that they don’t need to put out scammy videos to get people interested–the system and results will speak for themselves.

According to the video, all I needed to do to get started with Millionaire BizPro was to put in my first name and email address–no money was requested. So I signed up to see what the system offered.

What Does Millionaire BizPro Offer?

What came up next was the actual sales video! Before I watched it, I was able to get a clue as to what Millionaire BizPro was in the fine print at the bottom of the page. It stated:

“Millionaire BizPro is a service that when purchased you are set up with up to 15 webpages. These are predesigned and you will be able to use them to capture emails of people interested in earning income online. We will then show you how to monetize this data and earn income by selling other peoples products so that you will get commission for. All this is done from any computer you own.”

So basically, you’ll get some webpages and have to drive traffic to them in order to compile an email list. Then you will be sending product promotions to the people on the list to try to earn commissions.

Anyone who has successfully built an email marketing campaign knows that it can take months and years to build up an email list where you can get enough conversions to make any type of consistent income. People do not want to be spammed, and they don’t give their email address out as easily as Millionaire BizPro would like you to believe.

You’re also not going to get any email addresses if you don’t have traffic going to your website. Without a doubt in my mind, the webpages you receive will be generic without any good ways to optimize them for the search engines.

So you will need to rely on paid traffic methods, which can be very expensive–especially for the beginners and inexperienced people that this program appears to target. 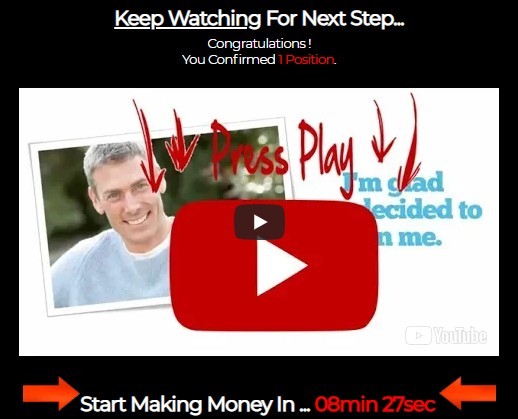 So I got started on the next video, which went into much more detail. Not about the system, but the same marketing tactics as the first. Maxwell wants one person in each of 45 cities to be a Beta Tester of sorts for this Millionaire BizPro system. After the testing is done, he plans to sell it for $5000!

You’re told that an account has already been started for you, and you’ll be able to see results live. So during the video, you get updates on how much money your account is making and told you will get to know how to claim it. 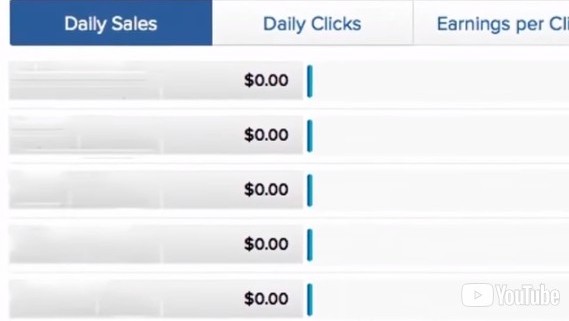 There’s absolutely no way that this is even possible–you’re watching a video, not a live stream! This is similar to another program that I just reviewed, Easy Retired Millionaire. They also wanted you to believe that you were making money the whole time you were watching the video.

Remember when you were told that you wouldn’t be asked for money? It wasn’t really a big surprise that you’re now asked to pay $47. But it’s not to buy anything, it’s just a fee for the domain, maintenance, etc., and they can’t pay it or they’d be in trouble!

But you’re supposed to think of it like a real estate investment, not a fee to get access to Millionaire BizPro. They throw in some more promises of big income in just 24 hours and a 20-minute deadline to make your payment.

If someone is trying to sell me something without giving much information about what it is, there would have to be a lot of trust between us. In addition to the believability issues listed above, there are also issues with the testimonials and the person that is identified as the Millionaire BizPro creator, Derek Maxwell.

As an example, the woman who stated that she was a little nervous because she’s never made a video before is actually a paid spokesperson from Fiverr. She was also featured as a testimonial to another program I reviewed, EZ Bay Payday. 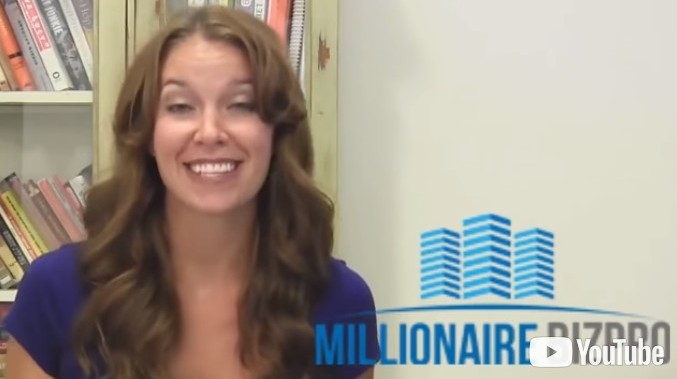 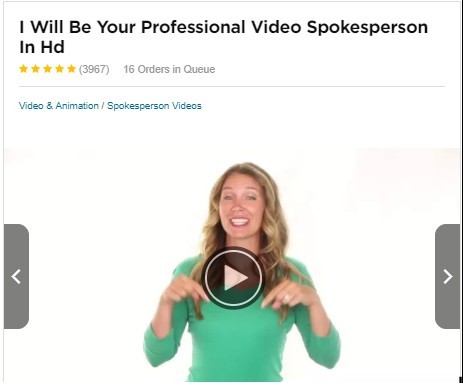 In addition to the testimonials, the man identified to be Derek in the video is not real. You can find the stock photo that was used on Shutterstock: 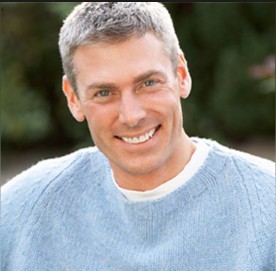 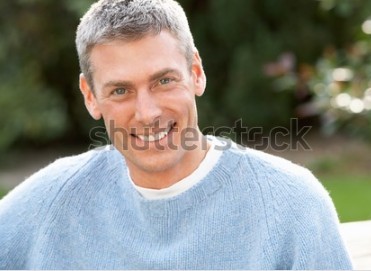 There’s no reason to hide behind a stock photo, and the owners of legitimate companies don’t do this. They know that it’s important to create trust with their customers and false testimonials and stock photos are not the way to do this.

Last, but not least, you know that a system is not worth your time and money when they actually admit in the disclaimer that you probably won’t make money! Here’s what the video claims:

Yet when you look at the fine print under the video you get the following statement:

It’s not easy to read, but the statement highlighted in yellow states, “The typical purchaser does not make any money using this system.”

The owners of Millionaire BizPro are counting on the fact that inexperienced people won’t read this. They target them and try to dazzle them with huge income numbers knowing it’s likely they are naive enough not to read the fine print.

After watching 2 videos and seeing everything presented about Millionaire BizPro, I determined that I had enough info to make my rating about this program. I did not purchase it due to all the red flags and concerns, so I’ll recap them for you here:

~ Exaggerated income claims–The claim that you will be making $1000 in 24 hours is not at all believable in my opinion. There is no such thing as fast, easy money with affiliate marketing and nothing is presented that shows this is possible with this system.

~ What is Millionaire BizPro?–Other than a statement about webpages and promoting through email marketing, there is still no legitimate facts about what this program is.

~ Fake live income claims–The video claims to have set up an account for you that is making money as you watch it. This is not possible, it’s not a live stream that you’re watching.

~ Fake testimonials–The person identified as the system creator is not real, and the testimonials use paid actors, not real people who have made any money.

~ Scammy marketing tactics–There are high pressure sales with fake time limits and claims that you are exclusively selected to be part of the program. These are both marketing techniques that poor quality and scam programs use to promote their system.

~ Fine print earnings disclaimer–They admit that the typical purchaser will not make any money with this program. If nothing else stands out as a red flag to you, this should!

Here at Build Your Early Retirement, we give Millionaire BizPro a rating of 1 out of 5. I want to reiterate that I did not purchase this system. I believe there are more than enough negative issues to recommend that you don’t buy this program.

If you are serious about making money online, you can check out my top recommendation. You can check out all the features in their starter program free of charge and see if it’s the right one for you–no credit card required!

For detailed info on everything they have to offer, here is my full review!

Do you have any experience with Millionaire BizPro or any of the other programs mentioned? I’d love to hear about them or any comments and questions you may have!